These are the commercial projects i’ve contributed to and the relevant contributions made:

Mystery Match is a match 3 game with an interesting 1930s mystery theme involving a load of intrigue and that sort of thing I imagine, I worked on this game in both the web and mobile teams for over a year, creating a lot of underlying systems for managing events, notifications, animations and created a format for describing visual interactions that allowed a huge amount of flexibility. I later created a comprehensive event system that was adopted across the rest of the company’s games, starting from Mystery Match. It also lead to me working in the new shared technology department shortly after.

POP! is an Angry Birds themed bubble shooter I worked on at Outplay in conjunction with Rovio Entertainment. Primarily working on the discontinued web flash version, I worked to create a port of the original and eventually reached parity with a live and evolving game, some of the system improvements were eventually ported back as the flash side wound down and I helped with the live team for a short time.

My first project at Outplay Entertainment that saw the light of day, Monster Legacy was a Scottish BAFTA nominated free to play monster battling role playing game with a fun and interesting world to explore. Developed in Adobe Air using ActionScript 3 (and probably one of the only games that was) for iOS, I worked from fairly early on in the development cycle and worked in every area, including writing the somewhat flashy battle animation system.

As part of my internship at eeGeo Ltd I worked primarily on user facing application development, including Facebook, Twitter and Foursquare integration. I primarily worked on UI and feature concerns, the most notable of which being the Twitter App’s direct messaging feature, as well as creating new OSX style scrollbars and completing multiple UI improvement passes. I also did some work on the Ruby interaction layer with the Twitter API as well as over a hundred different bug fixes on a wide range of features.

For the last 3 weeks of the internship we have been tasked with creating a game using the Recce API in order to test it to make it ready for public consumption, this is currently in progress.

Another Rubix Studios contract project, this time for PlayFitness, a fitness company that helps bring exercise equipment to schools and other locations. Using a bespoke wireless cycle odometer to collect data on how fast the rider is cycling, we created a multiplayer game, that displays on one screen using up to 15 wireless data collectors at once. The camera and GUI automatically adapt to the amount of players in the game. On this project I personally contributed the entire GUI, the majority of the interaction and testing of the hardware and contributed heavily to the adaptive camera technology. I was the primary developer on this project. 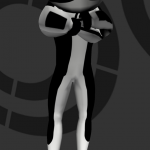 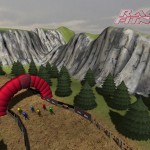 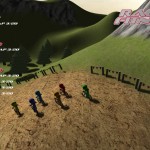 A final Rubix Studios contract based project, in which we were tasked with developing a game design that had won funding through a regional competition. This is an iPad game based off the old playground pastime of pitching coins at a wall and trying to get closer than your opponent to win their coins. On this project I contributed the GUI system as well helping design and implement the basic game mechanics and objects. 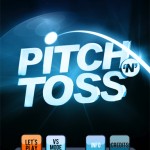 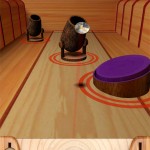 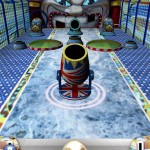 While working for Rubix Studios Ltd I helped create the visual frontend for a prototype touch table (that now is a touchscreen based kiosk solution), using  the OGRE 3D rendering engine in conjunction with real time physics to create an interactive and extensible menu system that in conjunction with TouchScape‘s API, would launch and manage applications while remaining visually appealing and reactive to touch. This project was primarily created for attracting investors and is no longer available.