Every Man Is An Island

My entry for Ludum Dare 17, a 48 hour game making competition. It’s a simple 2D platformer built using the Unity engine that uses rigidbody based character movement and custom springs to achieve wicked awesome buoyant platforms. It’s only got one very short level due to the time constraints unfortunately. All assets apart from the font were created by myself in the 48 hours, was a really fun event and i’m looking forward to the next one in August. 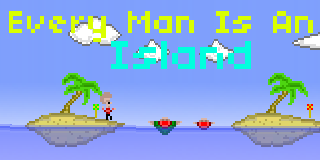 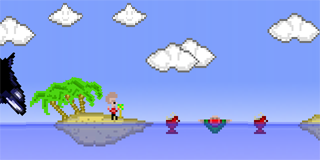 Created during TIGJam UK3, a weekend event that takes place in Cambridge, organised on the TIGSource forums. This game was made in less than an hour as part of a 3 hour game jam with the theme ‘Dreamcast VMU’ where every game had to be 48×32 pixels and use 1 bit colour. It’s a horribly simplified version of Hayden ‘dock’ Scott-Baron’s iPhone title ‘Tumbledrop’, using Unity’s render to texture functionality. The goal is to get the square block with the black inner border to the bottom bar without falling off, which is pretty much impossible not to do as is.

Controls are arrow keys to move the cursor and space to remove the item under the cursor.

Another game made for TIGJam UK3, this time it was a 3 hour jam with the themes ‘Text-Only/20+ inputs’, I decided to go with the former theme and ended up with this. It’s a platformer that’s entirely controlled by text input, to go left you have to enter ‘left’ and so on. This project can highlight some of the issues with 2D behaviour in Unity3D using the built in joint system, therefore there is sometimes some instability with the character movement. Currently extending this game into a full project, with an introduction of some interesting new mechanics that fit the theme, although the whole project is being moved to Flash and the Flashpunk framework as it suits 2D development more. 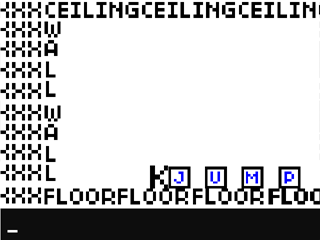 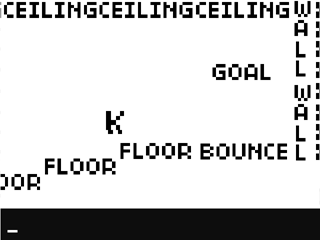 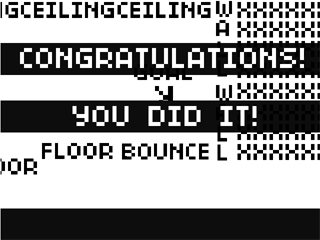